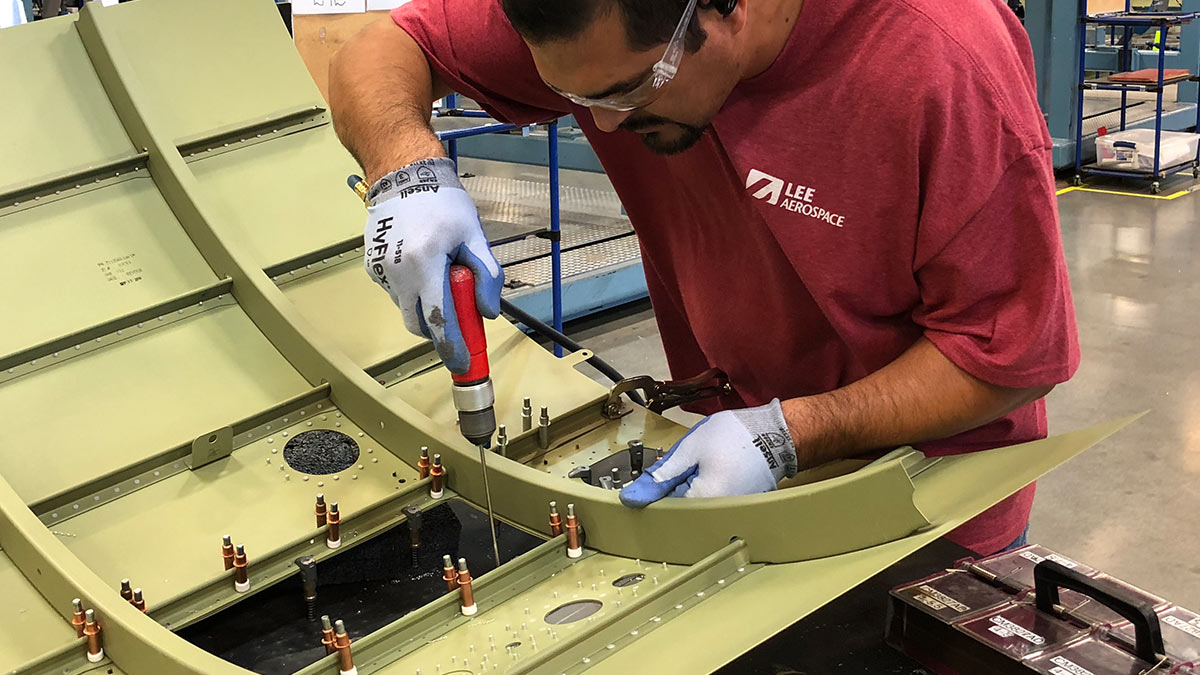 Staying on the forefront of quality and innovation, Lee Aerospace has earned an impressive list of OEM approvals and accreditations in the aviation industry.  Now, Lee Aerospace can add the new Nadcap Aero Structure Assembly accreditation to its long list of credentials.  “As an active member of Nadcap, when the opportunity to be the first company for accreditation in a pilot program presented itself, we literally jumped at the chance,” said Tommy Howland, Director of Quality for Lee Aerospace.  “At Lee Aerospace, we strive to be the best in all aspects of our manufacturing processes, including transparencies, composites, and aerostructure assembly.

”Since its establishment in the summer of 2016, Nadcap’s newest Aero Structures Assembly (ASA) Task Group has evolved extensively with help from several Subscriber and Supplier task group members. The task group’s origin began in January of 2015 when an auditor observed sealing and subsequent assembly operations while performing a pilot audit to the AC7219 sealing of aerospace assemblies and components checklist process. This observation led the Nadcap Management Council (NMC) to evaluate the significance and necessary involvement for accreditation of the assembly process.  As the survey proved, Nadcap Subscribers were undoubtedly interested in promoting this field for credentials.

By employing decades’ worth of experiences, representatives from Northrop Grumman, Spirit AeroSystems, Airbus, and BAE Systems began engaging in task group discussions to organize the scope and criteria for each of the AC7135 ASA Checklists. The group has now grown from 12 industry representatives to 28 ASA task members.

Some of the group’s first undertakings were developing a baseline checklist and converting the AC7219 checklist to an ASA slash sheet. Chris Lowe of Spirit AeroSystems replaced Craig Bowden of BAE Systems as current Chairperson and has led the group in countless reviews and rulings of the technical benchmarks for each of the checklists listed:

Howland, a supplier voting member and NMC ASA Supplier Representative, solicited his employer, Lee Aerospace, Inc., to be the first Aero Structure Assembly accredited company in the world.  The audit was held from September 10-14, 2018 in Wichita, Kansas.